I see many people from around the world have rented AirBnB’s to help Ukrainians. This is something I have done and you can too:

I purchased a wooden wall map last year from Esty for a Christmas gift from Enjoy the Wood, a small family run business in Ukraine. I reached out to the owner Igor; he and his family are still in Ukraine, safe, and praying and hoping for the situation to be resolved, and thanked me for concern.

I decided to “purchase” more items from Enjoy the Wood. I added a message to the seller that I obviously didn’t expect him to send me the purchase and he should to use the money to help his family during this difficult time; that I am trying help in someway however small.

If the situation in Ukraine has you feeling helpless and you want to help but don’t know how, I encourage you to follow the link I have provided below. Purchase an item from Enjoy the Wood and add your own message to Igor & family. (Photo credit: to Enjoy the Wood)

My heart is saddened for the people of #Ukraine

Enjoy the Wood – click to go to the Esty Shop

A tourniquet is used to control bleeding, especially during amputations. It is a device that is still in use today. This example was used on the thigh and is made from bronze. Many of the straps have engraved patterns and originally the bronze would have been coated with leather to make the patient as comfortable as possible.

The tourniquet came from the private collection of Dr. Noel Hamonic and and was sold by Hamonic’s sons to Henry Wellcome.

One of the 4000-year-old well-preserved wagons unearthed in the Lchashen village in the vicinity of Lake Sevan. Made of oak, they are the oldest known wagons in the world. Now on display at the History Museum of Armenia.

Ancient Egyptian gold headband decorated with the heads of gazelles and a stag between stars or flowers.

Hand crushing machine used in the 15th century to punish those with “greedy hands. This device would have caused pain, deformity, and debilitation.

Amputation instruments from the 17th to the 19th centuries from the Wellcome Collection, London.

The hypodermic syringe set, circa1885. Case contains two needles and a range of anesthetics in tablet form that would be crushed and diluted before being injected.

Ether-soaked sponges were placed in the glass jar. The patient inhaled ether through the face mask, attached via rubber tubbing. The outlet valve has a glass tube attached so more ether can be put on the sponges as needed.

From the private collection of Jan Bleuland (1756-1838), a Skull with a mandibular tumor from the Bleuland Cabinet at the University Utrecht.

This object is mind-blowing when you consider how terrible it would have been for the individual living at a time when surgical options were limited, there was no anesthesia, and no concept of germs.

This popped up on my Facebook Newsfeed. I had to share because it’s 100% accurate. Les Canadiens sont bizarres 🇨🇦😁

Clinical signs of bladder stones may include: straining to urinate, passage of blood-tinged urine, frequent urination, and having urinary accidents in the house. If a stone has passed into the urethra the pet may not be able to produce any urine or only pass small dribbles of urine. This sign should not be ignored as your pet could die from urinary obstruction.

How Can Bladder Stones Be Treated?

Your veterinarian will want to figure out what kinds of stones have formed in your cat’s bladder in order to determine the proper treatment. Surgical removal, which is also a form of treatment, is sometimes necessary in order for a laboratory analysis to be performed. Your vet may decide on one or more of the following treatments:

Among many customs in Tibet none has attracted so much attention than the use of human skulls and other bones both for practical purposes and in religious ceremonies.

Many medieval travelers who visited Tibet during the thirteenth and fourteenth centuries told weird stories about this tradition of Tibet.

By now we’ve all seen the Bernie meme’s. Here are my two favourites: Bernie as an honorary Canuck and the adorable crochet Bernie.

Here’s a Victorian enema in a fitted leather case with a dome shaped lid – used for home administration!

These “Utica cribs” were long, narrow, and from 15 to 30 inches high, with slats for the sides, the top and sometimes the bottom. The person restrained could neither sit up nor get out.

Even after chaining was deemed inhumane for psychiatric patients, restraints and other devices were used to protect patients from harming others – or themselves. Today, few photographs exist of restraining tools – but this photo “Utica Crib” survived.

This crib is made out of intricately carved wood – many were made out of iron – and patients would sleep in it for extended periods of time until a regulatory crackdown curtailed restraint use for all but the most uncooperative and violent patients – a practice that’s still scrutinized.

The chainsaw like blade of this unusual skull saw is moved by turning the handle in a clockwise or anticlockwise direction and is designed to saw through sections of the skull. Skull saws were used to remove fragments of bone in order to provide access for other instruments. They were commonly used in the 19th century, although some surgeons preferred to use chisels or gouging forceps.

I have been silent about the events that took place in the American Capitol Building on January 6, 2021 but I can be silent no more.

Let me be perfectly clear: the deadly event that took place on January 6 was not a peaceful protest that escalated.

Peaceful protestors don’t bring maps of the capital building with them.

Peaceful protestors don’t beat a police officer with an American flag and then parade around the capitol building with a confederate flag – a symbol of racism & hate.

Peaceful protestors don’t urinate and defecate inside what the US calls ‘the people’s house.’

This was not a protest. This was a violent, planned attempted coup by a dictator wannabe. There was at least one member of the USCP that put on MAGA hat so he would be identified as one of Trump’s supporters, others that were on video opening the gates, posing for selfies with the insurrectionists, others guiding the mob around the Capitol Building. Still others showed their work ID’s to gain entry to the Capitol Building as part of the mob.

In the days after, several members of the GOP, and right-wing media that promoted conspiracy theories, whined that their freedom of speech was taken away when several social media companies took down not only Trump’s account but some of theirs too. They complained they lost followers on social media. This was nothing more than a blatant attempt to take the focus away from the the seriousness of the riot. Not one denounced the violence. Not one acknowledged the death of an officer. Hate speech, violent rhetoric, talk of assignations and murders! Of course private companies have the right to say this kind of talk will not be allowed. Period.

I have always believed that the men in Hitler’s inner circle could have stopped him at any time. They chose instead to follow a mad man. At anytime, any member of the GOP could have put a stop to Trump. They chose to follow a madman. They could have spoken up against the lies and the conspiracies but their own selfish political ambitions were more important than their oath to office.

After the events that day I expected no objections to the electoral college votes. How could they object when it was so obvious to the world that this was an attempted coup incited by the outgoing president. I was SHOCKED that 126 GOP still objected. If any of those 126 GOP that voted against the electoral college were involved in this attempted coup, they must be prosecuted. I suspect some of them were involved and knew what was going to take place. I suspect some may have been offered positions in whatever new government Trump ushered in had the coup been successful. The truth will eventually come out. The past has shown people will squeal to save themselves.

There are rumors now that more violence in the days leading up to Biden’s inauguration. This is frightening. Almost half of US citizen’s are Trump supporters. It is only logical to say that almost half of the military, and other law enforcement agencies, are also Trump supporters. There were many current and ex-military, current and ex-police, that took part in this attempted coup last week. This is a potentially seriously dangerous situation brewing. 4000 National Guard are being sent to Washington. That means, potentially 2000 of them are Trump insurgents. Do you understand???

As a Canadian I am not only saddened that the USA has spiraled down into a cesspool of hate, I am outraged that so many went along with him. People voted for him knowing full well that this man was a racist misogynist, corrupt bully. I call BS on those who say ‘I voted for him because I like his policies, not the man.’ The world sees Trump voters as Trump supporters. They had a choice and they chose to vote/support a lunatic and they are all painted with the same brush.

Trump refuses to admit he is at least partly responsible for the assault of the Capitol. This is a man, who even before the election took place, stated that if he lost it meant the election was rigged. Then when the election was over and he lost, he cries voter fraud. When no fraud is found, he cajoles officials to find him votes. When that fails he throws his own VP to his MAGA mob and incites an insurrection. This man blames anyone and everyone but himself. 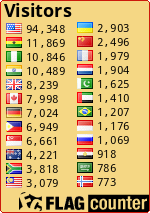 Follow Canadian Girl in a Crazy World on WordPress.com